The Dance – Part 7 – The Father Choreographs 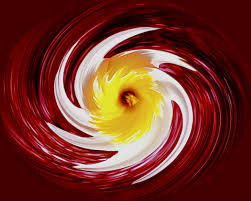 “Our highest activity must be response, not initiative.” -C.S. Lewis

In the previous post, The Dance – Part 4, I wrote that one of the crucial elements in joyful dancing was to be rid of self-consciousness. I proposed that the opposite of self-consciousness was innocence. In this post, I want to go even further. The ultimate answer for self-consciousness is self-surrender. The biggest threat to my dance with Jesus is not the friction of discipline, critics or the great enemy of the dance. . .it is me.

“I cannot go down any road on anything with anybody who has problems without running straight into the necessity of self-surrender. All else is marginal, this is central. I have only one remedy, for I find only one disease—self at the center, self trying to be God.”[1]

I don’t create the dance. God choreographs. The good news is that our Creator is still wildly creative! He created the whale and the warthog. He made the gecko and the giraffe. He put the peak on each mountain, gave the twinkle to the stars and set the planets spinning in orbit. His creativity is never diminished. Every snowflake is still a brand new creation of one-of-a-kind beauty.

And He has choreographed a dance just for you.

Jesus, Himself, watched for His dance from His Father. He followed His Father’s lead: “I only do what I see the Father doing.” And now the Father’s plan for you and for me is to develop deep intimacy with His Son so that we can dance God’s dance with Him.

The Father choreographs and Jesus leads.

Remember the scene in the parsonage from The Dance – Part 1 when my parents showed us their buried talent?

My mother said: “Your Father leads.”

My dad said: “Your mother is a great follower

When asked further: “What do you mean, follow? How do you know which way to go?”

My mother replied: “I can tell which way your father is going to move by the way he moves his fingers in the small of my back.”

Most of us want Jesus to guide us by writing it in the sky. We want some big maneuver so that we know for sure. Are we looking for a quick fix? Are we unwilling to do the work of intimacy with Jesus? Are we afraid to get close enough to Him to feel the slight movement of His fingers?

“With couples who have danced together for a long time, there is an intuitive language that passes between them, a language so sublime it sometimes renders words unnecessary.”[2]

The longer I follow Jesus, the less spectacular His guidance seems to be. When I was younger, sometimes I needed Him to use a two-by-four to get my attention. I was on the lookout for big plans, prophetic insight that came like billboards as I raced down the highway of Kingdom ministry. One of the things I am learning in my 50’s is to slow down and pay better attention to Jesus. He’s after an intimacy that doesn’t need a megaphone. It doesn’t even need words. I’m learning to change direction just with a slight touch from Him.

Rich is the Executive Director of The Malachi Network (www.malachinetwork.org), a ministry focused on making the name of the LORD great among the nations. This network serves young leaders in missions and church planting. Prior to his present ministry, Rich pastored in Southern New Jersey, planted a church in Wilmore, KY, established a network of churches, served as an adjunct professor at Asbury College and was a senior leader at The International House of Prayer in Kansas City, MO as well as The International House of Prayer in Atlanta, GA. Rich is the author of two books: Secrets of the Spiritual Life—10 Lessons from the One Thing Passages (Baker Books, 2003) A Voice from Home—The Words You Long to Hear from Your Father (WaterBrook Press, 2005) He graduated from Asbury College in 1984 with a BA degree in Philosophy of Religion and Asbury Theological Seminary in 1987 with a Master of Divinity degree. In 2010, Rich received an honorary Doctor of Divinity degree from Union Biblical Seminary in Yangon, Myanmar. Rich has been married to Tania since 1982 and they have been blessed by amazing children: Zachary and his wife Meghan, Jacob and his wife Lena, Jessica and Corrie Emma.
View all posts by Rich Stevenson →
This entry was posted in Uncategorized and tagged AVALON BEACH CHURCH, Bible, Bible Study, Christian, church, church planting, dance, Devotional, encouragement, evangelism, faith, God's love, inspiration, Jesus, malachi network, mission, missionary, missions, rich stevenson, salvation, simple church, spiritual, teaching, worship. Bookmark the permalink.