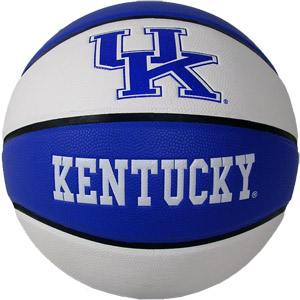 As I write this post, it seems the whole world is coming down with a yearly disorder called March Madness.  I am in the beginning stages of the disease again this year.  I spent about half of my life living in a town called Wilmore, just south of Lexington, Ky.  The primary symptom of those who suffer with this malady where I lived is that our blood bleeds blue. . . University of Kentucky blue.  Not the little boy pastel blue like North Carolina; and a much more royal blue than Duke.

I really, really don’t like Duke.  I still wake up with a cold sweat some nights hissing the name Laettner.  I just refer to him as Laettner, because I don’t like to say his first name (Christian).   It makes me feel guilty for the way I am feeling about him.  For those who don’t remember his last second shot against UK in the 1992 NCAA tournament, you’ll have to trust me.  It was life altering.

In fact there are only two things that I like about Duke . . . the middle two letters.  We have long memories in the Bluegrass.  We hold grudges.  We see red now that Pitino wears red; Louisville red that is.  I think I need counseling. . .

As 64 teams play to win a spot in the Final Four, and as one team outplays and outlasts to become the national champion, who do you think the most engaged spectators are?  The NBA scouts.  They are looking for the players with that extra edge.  They monitor jump shots and steals.  They are intent on finding the player with the makings for the total package.  And they hold the key to making dreams come true.

God is not like a NBA scout.  You won’t have to have a smooth jump or a massive dunk to rule with Christ in the next age (Although I’m banking on the ability to launch into the air from the foul line and jam it like Michael Jordan when I get there.  For those of you that know what I look like, let me remind you that we will have new bodies! Glory!)

Although the way to heaven is narrow and few are on it, that’s not because God created some kind of competition to make it difficult.  I’m convinced that God is really just looking for one thing in us.  This one thing is the key to following Jesus all the way:

“Create in me a pure heart, O God,

And renew a steadfast spirit within me.

Do not cast me from Your presence

Or take Your Holy Spirit from me.

Restore to me the joy of Your salvation

And grant me a willing spirit, to sustain me.”

I don’t know how far UK will go in this year’s tournament.  I hope they will once again be singing “My Old Kentucky Home” as national champions at the end.  Ironically, they will have to go through Louisville and Duke to get there.

But the most important thing is to be standing with Jesus singing of your eternal home at the end of this age.  And all it takes is a “yes” from deep within.  Lord, grant us a willing spirit to sustain us.  Amen.

Rich is the Executive Director of The Malachi Network (www.malachinetwork.org), a ministry focused on making the name of the LORD great among the nations. This network serves young leaders in missions and church planting. Prior to his present ministry, Rich pastored in Southern New Jersey, planted a church in Wilmore, KY, established a network of churches, served as an adjunct professor at Asbury College and was a senior leader at The International House of Prayer in Kansas City, MO as well as The International House of Prayer in Atlanta, GA. Rich is the author of two books: Secrets of the Spiritual Life—10 Lessons from the One Thing Passages (Baker Books, 2003) A Voice from Home—The Words You Long to Hear from Your Father (WaterBrook Press, 2005) He graduated from Asbury College in 1984 with a BA degree in Philosophy of Religion and Asbury Theological Seminary in 1987 with a Master of Divinity degree. In 2010, Rich received an honorary Doctor of Divinity degree from Union Biblical Seminary in Yangon, Myanmar. Rich has been married to Tania since 1982 and they have been blessed by amazing children: Zachary and his wife Meghan, Jacob and his wife Lena, Jessica and Corrie Emma.
View all posts by Rich Stevenson →
This entry was posted in Uncategorized and tagged Bible, Bible Study, Christian, church, church planting, Devotional, encouragement, evangelism, faith, Final Four, forgiveness, God's love, inspiration, Jesus, Kentucky Basketball, March Madness, mission, missionary, missions, NCAA, salvation, simple church, spiritual, teaching, UK and Duke, UK Basketball, worship. Bookmark the permalink.