There Is No Other Stream

Jesus is the only way of salvation. 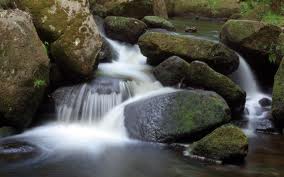 Those are not my words, they are from Jesus Himself:  Jesus answered, “I am the way and the truth and the life. No one comes to the Father except through me.  John 14:6

Today, we can feel the abrasiveness of that statement in the atmosphere of inclusiveness.  It seems downright intolerant!  Can you imagine how that statement is going to sound 10 years from now? It will cause an outrage. . .literally.

I am giving myself to young leaders who will stand at the end of this age with a great tolerance for people and a rugged intolerance regarding truth.

Here is one of my favorite passages from C.S. Lewis:

Rich is the Executive Director of The Malachi Network (www.malachinetwork.org), a ministry focused on making the name of the LORD great among the nations. This network serves young leaders in missions and church planting. Prior to his present ministry, Rich pastored in Southern New Jersey, planted a church in Wilmore, KY, established a network of churches, served as an adjunct professor at Asbury College and was a senior leader at The International House of Prayer in Kansas City, MO as well as The International House of Prayer in Atlanta, GA. Rich is the author of two books: Secrets of the Spiritual Life—10 Lessons from the One Thing Passages (Baker Books, 2003) A Voice from Home—The Words You Long to Hear from Your Father (WaterBrook Press, 2005) He graduated from Asbury College in 1984 with a BA degree in Philosophy of Religion and Asbury Theological Seminary in 1987 with a Master of Divinity degree. In 2010, Rich received an honorary Doctor of Divinity degree from Union Biblical Seminary in Yangon, Myanmar. Rich has been married to Tania since 1982 and they have been blessed by amazing children: Zachary and his wife Meghan, Jacob and his wife Lena, Jessica and Corrie Emma.
View all posts by Rich Stevenson →
This entry was posted in Uncategorized and tagged Bible, Bible Study, Christian, Devotional, encouragement, evangelism, faith, future, God's love, inspiration, intolerance, Jesus, john14:6, love, mission, missionary, missions, salvation, teaching, tolerance, worship. Bookmark the permalink.